Article Why Is Blockchain Important to Business?

Blockchain technology is rapidly gaining traction, but according to a Global Blockchain Business Council survey reported in Cointelegraph, the majority of senior executives (63%) still don’t know what it is or why it matters.

It’s time to get up to speed — because this game-changing technology isn’t going away. In fact, the global blockchain market is expected to increase by 80% between 2018 and 2023, from $1.2 billion to $23.3 billion, according to ReportLinker.

Blockchain technology is “on par with technology like personal computers and the internet,” says John Bates, director of product management for Adobe.

What’s driving this exponential growth? A number of factors are contributing: the need to simplify business processes to keep pace with the speed of business, transparency, traceability and reduced costs.

The blockchain, as its name implies, is a series of linked data blocks. Nothing can be erased from the ledger or audit trail, but more data can be added in the form of new blocks.

For example, to be able to quickly trace the origin of lettuce, a digital record of each produce batch could be added to a blockchain. The farmer would sign off that the lettuce indeed came from his or her farm and was the type indicated. New transactions with temperature and humidity data would be recorded during transit using Internet of Things (IoT) devices.

From there, the blockchain trail would follow the lettuce to the packaging facility. Information would be verified and transferred to the transportation provider, which would add a stamp of approval and then pass it on to distribution and on to retail stores. At each point, a block of data would be authenticated and added to the blockchain.

In the past, each of those entities along the lettuce journey had their own version of the truth as to where the lettuce came from, how it got to them and where it went from there — but they didn’t share the information with each other. As a result, recalls for bacteria-infected romaine lettuce had to include all romaine lettuce, not just that from a single source or packaging facility.

“What’s always been elusive is having trusted, shared access to data,” explained Jason Kelley, IBM’s general manager of blockchain services, as part of a blockchain panel at CES 2019. “[Data has] always sat in silos, different departments, different groups. Everyone has their piece of the data, yet no one has a single version of the truth.”

Blockchain fixes that — not only presenting one source of truth, but also ensuring data quality. Kelley likens the technology to a series of handshakes. A “digital handshake” occurs between each company on the network as the data is verified accurate and added to.

“The focus is on data,” he continued. “Blockchain is a bright shiny thing that gives new capability to give value to data.” Let’s look at some of the benefits this provides.

Why is blockchain important?

The most significant advantage of blockchain’s distributed ledger is reduced operational costs. “Cost can be taken out of existing processes by removing intermediaries or the administrative effort of record keeping and transaction reconciliation,” reported McKinsey & Co. in a June 2018 article.

By eliminating the middleman, or data gatekeeper, blockchain allows companies to quickly and easily trace products and transactions all the way back to their roots. Walmart, for example, succcessfully decreased the time it takes to trace food from store shelves to the farm from seven days to 2.2 seconds using a blockchain, according to IBM’s Kelley. That time savings also results in considerable cost savings.

Additionally, this streamlined efficiency provides transparency, reliability and authenticity. And let’s not forget about security. Because data is shared on multiple systems in multiple countries — and validated before it’s recorded — it’s more secure. Each data block is encrypted and linked to the one before it.

Companies are taking notice of these business benefits and embracing blockchain technology for its wide-reaching possibilities. From manufacturing to healthcare to supply chain and beyond, blockchain has much to offer.

The state of West Virginia, for example, used the technology for electronic absentee voting through a mobile app — across 30 different countries. Military members and their families stationed overseas were able to let their voices be heard as a result.

Dubai has embraced blockchain with the intention of being “the first city fully powered by blockchain by 2020.” The Dubai Blockchain Strategy will focus on improving government efficiency, industry creation and international leadership.

Vermont is running a pilot program to allow insurance companies to register and file state-required documents using a blockchain.

Based on these three examples, it’s clear blockchain will be instrumental in smart cities.

Other industries are set to benefit as well. NASA is considering using a blockchain to ensure trusted, secure aircraft flight data. Other possible use cases include payment processing, copyright protection, reliable data backup, recordkeeping, title transfers, and even tax regulation and compliance.

Adaptation, simplified. Learn about our expert strategies for fostering flexibility and security across your emerging remote work environment.

We’re still in the early stages of this promising technology. One of the biggest challenges that needs to be addressed for widespread adoption is scalability. The McKinsey & Co. article predicts that’s three to five years away — and will vary by industry.

Financial services, for example, has a much higher feasibility of embracing blockchain at scale than the arts and recreation industry does. Other industries primed to benefit from the technology are agriculture, healthcare, insurance, manufacturing, property, public sector, retail, technology, transportation and utlitiies.

Before scalability can be realized, standardization needs to be addressed. And efforts are underway in that regard. Blockchain platforms such as open-source Corda by the R3 consortium can help lead to globally accepted standards. The International Organization for Standardization (ISO) is also working on blockchain and distributed ledger guidelines.

One thing that needs to be considered is interoperability. Although full interoperability among all of the different blockchain platforms may not become reality, much energy is going into ensuring enterprise blockchain netrworks can communicate with each other in a consistent and scalable manner.

Additionally, assets need to be digitized in order to take full advantage of blockchain capabilities. This is especially tricky with physical items, such as computer parts — but IoT sensors could potentially help.

The rise of blockchain as a service

Another thing that can aid blockchain maturity is the evolution of the technology itself. Leading IT providers are rising to the call with Blockchain as a Service (BaaS) offerings. These cloud-based solutions are helping businesses embrace and create blockchain technology without having to start from scratch:

In addition to those, Google’s parent company Alphabet is working to develop its own blockchain that could be used by third parties to accurately track transactions. Intel has developed Software Guard Extensions to ensure privacy and security in blockchain dealings. And Salesforce has teamed up with the Blockchain in Transport Alliance to smooth supply chain handoffs.

How to prepare for blockchain disruption

Blockchain technology is undoubtedly here to stay and will change the face of business as we know it in the next few years. So what can your business do today to prepare for widespread adoption? 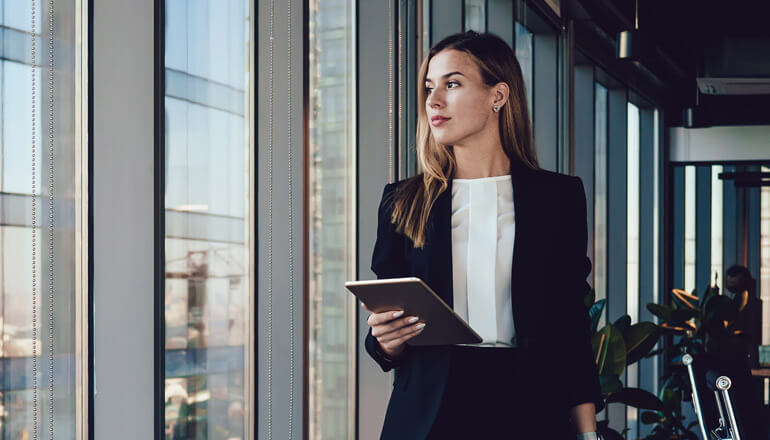 Tech Journal Top 4 Device Priorities for IT Leaders in 2022 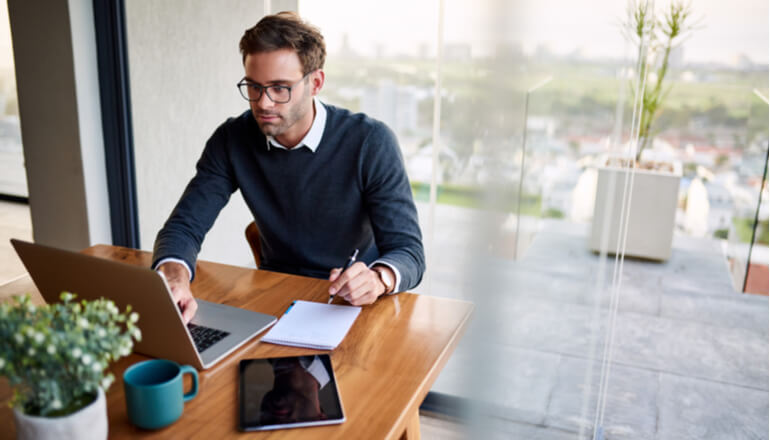 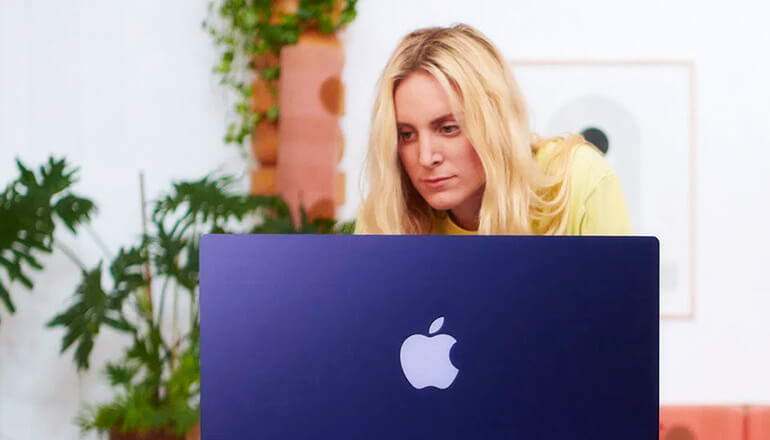 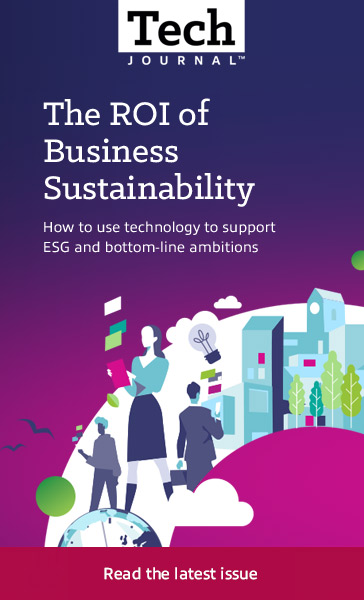 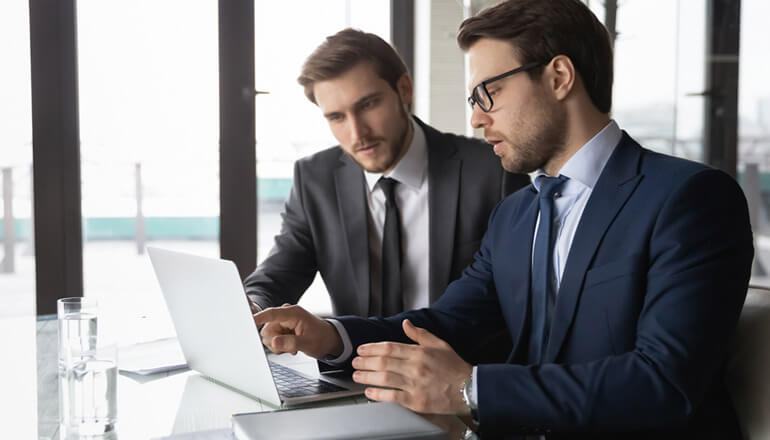 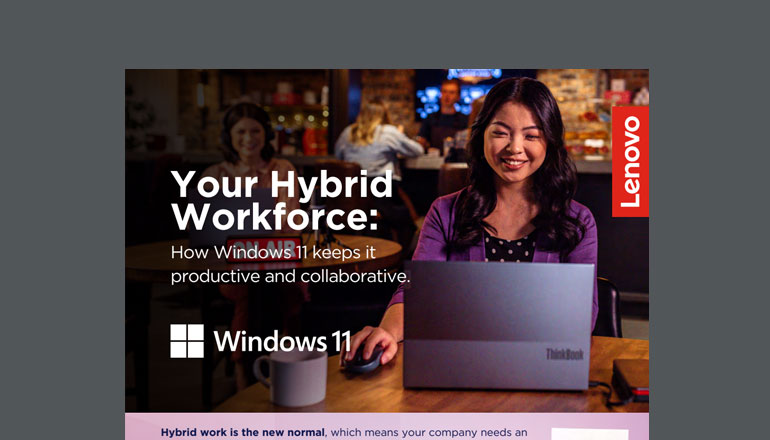 Infographic Your Hybrid Workforce: How Windows 11 Keeps It Productive and Collaborative 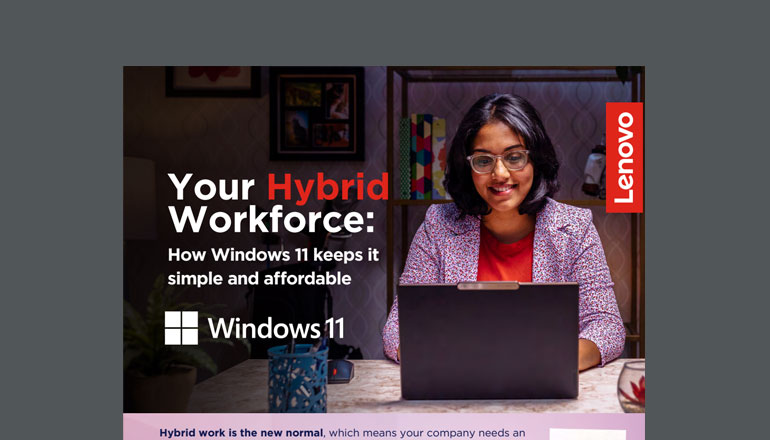 Infographic Your Hybrid Workforce: How Windows 11 Keeps It Affordable and Simple 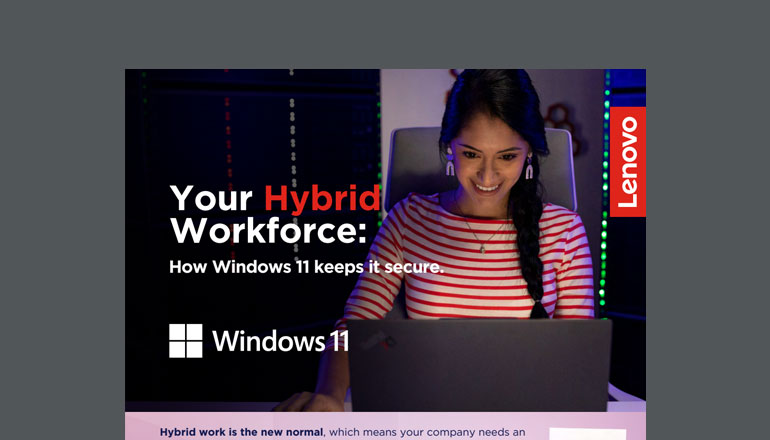 Infographic Your Hybrid Workforce: How Windows 11 Keeps It Secure